We’ve all heard of performance anxiety, otherwise known as stage fright. The fear that we will somehow fail in front of other people, whether that be on a stage, in a presentation or even in the bedroom.

But what I want to talk about today is a far less known, yet much more pernicious affliction that has reared its ugly head in the last ten years or so.

An affliction that affects all of us to a greater or lesser degree, but seems to be particularly contagious amongst younger, emerging generations. 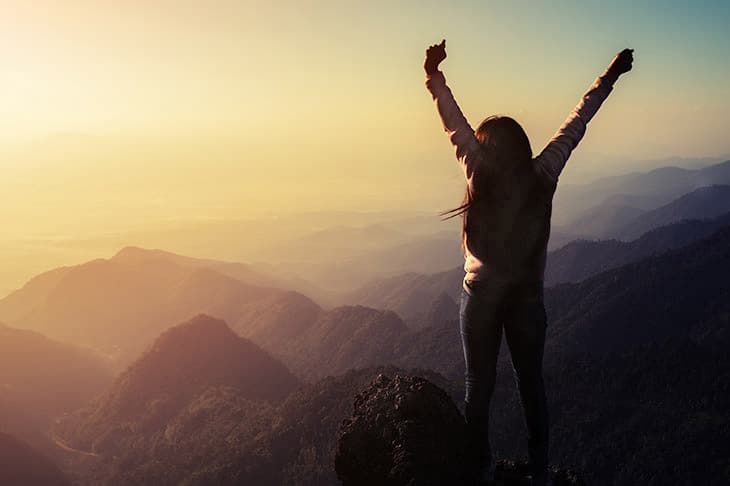 As yet, it doesn’t have an official name, so until the medical profession comes up with a suitable moniker for it, I am going to call it under-performance anxiety.

Well, to outline it in simplest terms, under-performance anxiety is a nagging feeling that you have not achieved your full potential. That as yet, you have not tapped into that unbridled talent that, according to advertisers and social media resides within us all.

Twenty years ago, brands used to concentrate primarily on external improvements like getting a buff bod, updating your wardrobe, having a nicer haircut, wearing better makeup, having a more alluring body odour etc.

But now, not content with an external refit, they have turned their attention to the innermost recesses of our being, frantically urging us to upgrade our soul, our perspective and our intelligence, or risk falling behind in the human race.

Adidas tells us that impossible is nothing (quite possibly the biggest and most absurdly hyperbolic overclaim ever made by a brand) and Nike continually prompts us to find our greatness.

Ford wants us to go further and Lego implores us to “rebuild the world.” Sadly, though, it doesn’t end with brands. This shit is everywhere.

Bookshops are swamped with self-help books with titles like

If you dream it you can do it.

Become a better you.

Instagram and Snapchat deluge us with pictures of people who are smarter, richer, prettier, stronger, faster, and more talented.

And Facebook and LinkedIn groan beneath the weight of self-improvement courses, life coaches, and inspirational stories of ordinary people who have gone on to do extraordinary things.

Beneath it all, the subtext rings out loud and clear. You are not as good as you should be. And time’s a tickin’.

YOU VERSUS THE WORLD:

A lot of the blame for this self-improvement mania falls squarely on the shoulders of social media.

In the good old days, you only competed with other people on a small scale.

Maybe you were the smartest kid in the class, the best baker in the village, the best rider in town.

That was as far as competition went. It was manageable and success was achievable.

But now, thanks to the “global village” created by Zuck et al, we’re no longer in competition with the kid next door. Now we’re competing with 4.14 billion other social media users.

Now your impressive career progression pales into insignificance beside the hundred plus entrepreneurs, (all significantly younger than you) who have already made their first billion.

Your body, despite going to gym religiously for months, looks nothing like the bronzed and ripped hotties on Insta and Snapchat.

And your home, despite all the love and attention you lavish on it, in no way resembles the picture-perfect palaces on Pinterest.

I could go on, but that would only depress you (and me) further.

In the face of this relentless stream of perfection, excellence, and achievement, we become conditioned to believe that the world should be ringing with our name. And if it isn’t, then we are obviously not good enough.
In short, we are failures.

We are taught to idolize and revere those who have achieved “greatness” as seen through the distorted lens of social media and dismiss anything else as inconsequential and unworthy of either praise or comment.

This engenders a perpetual feeling of discontent and dissatisfaction. We downplay our own achievements, continually measuring them against the global yardstick, and deeming them unworthy.

I will give you an example from my own life. Last year I managed to get my first children’s book published – Something that had been on my bucket list for years.

But instead of being overjoyed at my achievement, I immediately cast jealous eyes at J.K Rowling and measured my little book against the might of Harry Potter and his multi-billion-dollar empire. 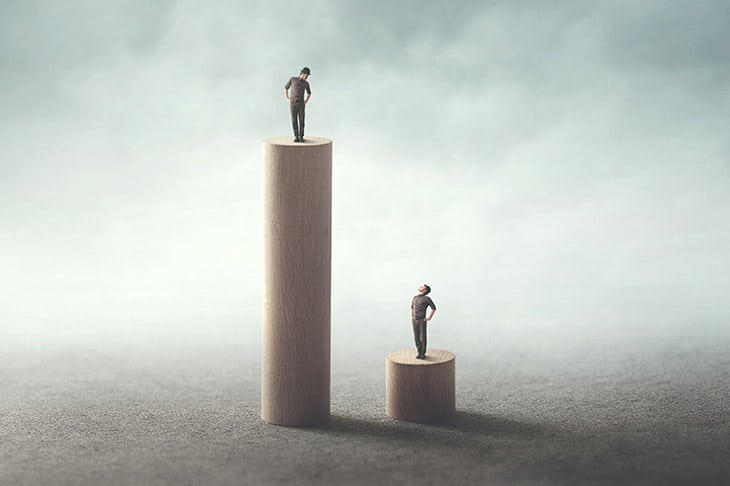 And in doing so, I robbed what should have been one of the noteworthy moments of my life of all its joy. I felt flat and empty.

“COMPARISON IS THE THIEF OF JOY”

Sadly, this depressing little example of under-performance anxiety is not merely confined to me. It affects a great many of us, and in every aspect of our lives. Work, sport, social, creative, financial, and even our relationships.

Thus, we find businessmen and women working ever longer hours, constantly driven by the fear that they are not as successful as some over-achiever they saw on LinkedIn.

Sportspeople become programmed to believe that if they are not no.1 then somehow they have let themselves, and everyone else, down.

And folks of all ages being constantly bombarded with images of beautiful people living their “best life” and feeling that their own lives are dull and worthless by comparison.

Well, enough says I. This shit needs to stop.

If you are in good health – Congratulations. Over 95% of the world’s population isn’t.

If you own (or are in the process of owning) your own home, give yourself a little pat on the back. 1.6 billion people worldwide aren’t so lucky, indeed are technically homeless.

If you have a job – Crack open the champagne. 172 million people worldwide don’t.

The point is this. Stop comparing your life and achievements to an impossible set of standards manufactured by social media. Compare it to your own world, your own life, and your own set of reasonable expectations.

THERE’S ONLY ONE BEST. AND IT MIGHT NOT BE YOU:

Somehow, we’ve all been brainwashed by the ridiculous belief that every one of us has the opportunity and talent to go as far as we want to. That the only thing stopping us is us.

But this, I’m afraid to tell you, is utter BS.

There are people out there who are just plain better than you at some things. That’s just the way life is.

I could spend the next hundred years studying quantum physics at Oxford or Cambridge and still end up only 1/1000th as smart as Stephen Hawking.

Or I could train my little heart out, hit the gym, employ a sprint coach, and still lose to Usain Bolt in the 100. Every. Single. Time.

Why? Cause he’s faster than me and no amount of willpower, self-belief and determination on my part is going to change that simple biological fact.

And I’m down with that. I realise that in almost every facet of my life, there is someone who can do it better than I can.

So does that mean I should give up?

Those are unreasonable expectations and in comparing myself to the best in the world, I can only ever achieve one outcome. A sense of inadequacy.

Instead, I should find pleasure and joy in the context of my own life. I’m being paid to be a writer. I can beat my mate, Michael, on the tennis court, and I cook food that my wife says is yummy.

I’ve worked almost continuously for 30 years, won lots of awards, travelled the world, met heaps of interesting people, held down a marriage, been a good sportsman, reasonable chef, indifferent rapper, bought a house, owned a car, and been loved by my family and respected (for the most part) by my friends and colleagues.

And now, for the first time in my career, I’ve landed myself at a job with an agency that shares my way of thinking. An agency, called Pounce, that hires people who are comfortable with themselves and not furiously clambering over everyone else to get to the top of the corporate ladder; that demands great work but isn’t prepared to sell its soul and its values to achieve it; and that treats everyone like family and loves us just as much on our average days as it does on our great ones.

In short, an agency that has our back and respects us for who we are. Not for who we might become.

And to my mind, after 27 years of continual agency pressure to always think bigger, be better, and win more awards, that might just make them the best agency in the world.

Business / Marketing
WHAT B2B CAN BE FOR ME

What Is Conversion Rate Optimisation? Optimising conversion rate is about...

We’ve all heard of performance anxiety, otherwise known as stage...

Business / Marketing / Strategy
Cut Through The Noise: How To

With the new financial year only just underway, now is...

Branding / Business / Strategy
Time for a change? The complet

Your brand is the way people think of your business....